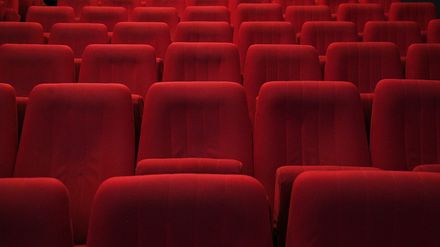 One of the goals of Vision 2030 is to promote culture and entertainment and the cinema sector is leading all the way to achieve the set goals.

This is also part of the government’s plans to reduce its dependence on hydrocarbon revenues and increase non-oil share in the country’s GDP.

In fact, the Saudi government has set a target of producing and shooting 100 films in the country by the end of the present decade and is creating the infrastructure to make this happen.

Bahaa Abdulmajeed, business development manager for entertainment and culture at Saudi Arabia’s Ministry of Investment, said that they were aware they cannot reach the target in a day or in a year. It was like a walk and they were doing it step by step.

“We did an internal assessment, and we know that we have many gaps across the value chain – from pre-production, production, post-production, talent development. We are building this value chain to reach our target, which is 100 films,” he said while speaking at an industry talk at the Red Sea International Film Festival in December last year.

Some 70 local and international films have shot in the UAE since it started buildings its cinema infrastructure in the early 2000s.

Currently, Saudi-owned Muvi Cinemas operates the highest number of local cinemas, with 21 locations across the Kingdom.

One of the objectives of the government is to attract local investors and create partnerships with international entertainment corporations; and Increase household spending on entertainment from 2.9% to 6% and develop a market of $8 billion in recreational services.

According to PricewaterhouseCooper (PwC), the Development Investment Entertainment Company (DIEC), which is armed with an investment budget of $2.67 billion, is acting as a catalyst in the development of the cinema sector in Saudi Arabia and is projected to directly contribute $270 million to the GDP and create 1,000 direct jobs.

To achieve this, the government has lifted the 35 year ban on cinemas in the Kingdom, unlocking an untapped and lucrative economic opportunity. According to the Quality of Life Program (QoL) 2020, 45+ cinemas will be developed in KSA in the next few years, PwC said in a report.

The participation of AMC entertainment, the world’s largest cinema operator and DIEC is expected to give a boost to the development of the cinema industry in the Kingdom. In April 2018, DIEC opened its first cinema in the King Abdullah Financial District and aims to open 50-100 cinemas across Saudi Arabia by 2034.

PwC further said the fast paced development of the cinema sector can be demonstrated by the opening of Saudi Arabia’s second cinema by VOX Cinemas.

Alongside DIEC, VOX has been an early entrant into the Kingdom’s cinema market and plans to invest $533 million to open 600 screens across the Kingdom and provide 3,000 new jobs over the next 5 years to capture a share of anticipated demand5.

Most recently, IMAX signed a deal with VOX to partner on a minimum of 4 multiplex venues in Saudi Arabia.

Several international cinema operators are also keen to get a foothold early in Saudi Arabia’s promising cinema market and have signed MoUs with local or regional partners:

Cinépolis, the fourth largest exhibition circuit in the world and Al Tayer Group have partnered with Al Hokair Group and have been granted a Cinema Operating License by the Saudi General Commission for Audiovisual Media (GCAM).

iPic Entertainment has signed a memorandum of agreement with BAS Global Investments Company to develop 25 to 30 sites over the next decade.

A leading multiplex chain from India, PVR Limited has signed an MoU with UAE based Al Futtaim Group for entry into Saudi Arabia and other regional markets.

CJ 4DPLEX has also signed a deal with Cinemacity to open 3 4DX locations in Riyadh and Kuwait National Cinema Company and Dubai based distributor Front Row Filmed Entertainment expect to develop 12 multiplexes in the next 3 years through their subsidiary Cinescape. Al Rashed Empire Cinema consortium has also received a license from GCAM.

PwC estimates Saudi Arabia’s cinema box office market could be $950 million in 2030. With non-admission (F&B concessions and advertising) typically comprising 35% of overall revenue, the cinema industry has the potential to generate total revenue of $1.5 billion in 2030 and develop into a lucrative revenue stream for the industry players and the government, the report added.

Comscore, a trusted partner for planning, transacting and evaluating media across platforms, revealed that box office revenues increased by 95 % in 2021 to $238 million in 2021 compared with $22 million.

In fact, Saudi Arabia has emerged as the biggest money spinner in the Middle East as far as box office collections are concerned. It overtook the UAE, which has collected $130 million in 2021. Some 340 new films were released in 2021 compared with 222 in the previous year.

The Egyptian comedy film, Wa’fet Regala (A Men’s Stand) had collected more than $15 million as gate revenues in the theatres, the highest since January 2018.

Even the number of multi-screen theatres too increased from 33 in December 2020 to 53 in one year.