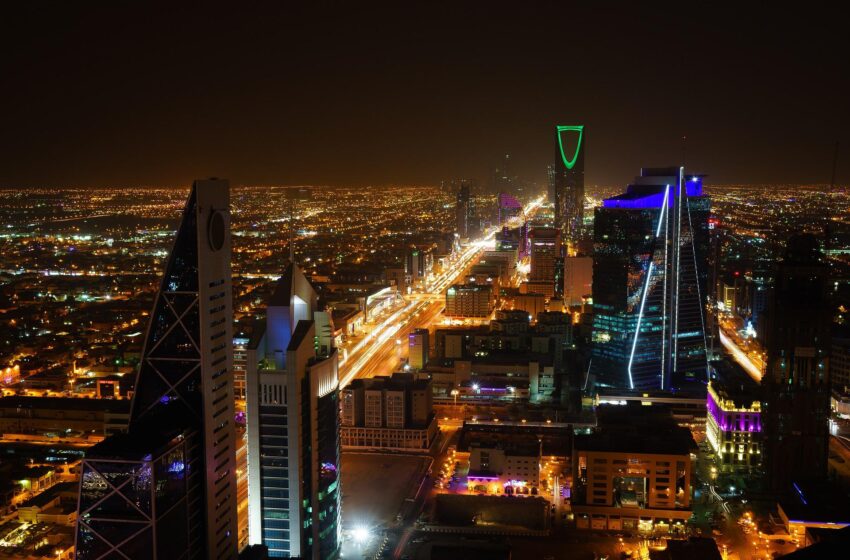 The International Monetary Fund (IMF) said in its annual report that Saudi Arabia’s economy would register a growth rate of 7.6% during this year.

This is the highest growth rate of the real GDP among all economies of the world, which includes advanced economies, emerging market economies and developing economies, according to the IMP report entitled “World Economic Outlook Update for the year 2022.”

Despite the main challenges facing the global economy, in light of the decline in activity in Russia and China and also the decline in spending levels in the US, the IMF’s estimates for the Kingdom contradict the overall worldwide gloomy and more uncertain outlook that stems from several factors. Notable among them are the Russian-Ukrainian crisis, the tightening of monetary policies in Europe, and the general lockdown measures as a result of the new outbreaks of COVID-19.

“A tentative recovery in 2021 has been followed by increasingly gloomy developments in 2022 as risks began to materialize. Global output contracted in the second quarter of this year, owing to downturns in China and Russia, while US consumer spending undershot expectations,” the report said.

The report further noted that several shocks have hit a world economy already weakened by the pandemic: higher-than-expected inflation worldwide––especially in the United States and major European economies––triggering tighter financial conditions; a worse-than-anticipated slowdown in China, reflecting COVID- 19 outbreaks and lockdowns; and further negative spill-overs from the war in Ukraine.

As a result, the IMF lowered its forecast for the performance of the global economy in 2022 and 2023, as its estimates were affected by the slowdown in growth in the three largest economies of the world -the US, China and the European Union region.

This announcement follows the visit of an IMF delegation to Saudi Arabia for Article IV consultations for 2022. The IMF mission, led by Amine Mati, conducted discussions from May 23 till June 6.

Under Article IV of the IMF’s Articles of Agreement, the IMF holds bilateral discussions with members every year. A staff team visits the country, collects economic and financial information, and discusses with officials the country’s economic developments and policies.

In its preliminary statement issued last month, the IMF praised the strength of the Kingdom’s economy as well as its financial position, and emphasized that its economic prospects were positive in the short and medium term with the continued recovery of economic growth rates, containment of inflation, in addition to the increasing strength of its external economic position.

In its report, the IMF mission said Saudi Arabia managed the COVID-19 pandemic well and is well-positioned to weather the risks posed by the war in Ukraine and monetary policy tightening cycle in advanced economies.

“Economic activity is picking up strongly, supported by a higher oil price and the reforms unleashed under Vision 2030.The authorities’ commitment to fiscal discipline should help further strengthen fiscal and external sustainability and avoid pro-cyclicality while implementation of the ambitious structural reform agenda will help ensure a durable, inclusive and green recovery,” the report added.

The IMF projected a rise in the Kingdom’s non-oil growth to 4.2%, as well as a jump in the current account surplus to 17.4% of GDP, as well as containing overall inflation at 2.8% on average.

It noted that the Kingdom’s economic activity is witnessing a strong improvement supported by high oil prices and reforms that are being pursued vigorously by the government in the framework of Vision 2030, with limited impact of tightening global conditions due to the strong levels of capitalization enjoyed by the banking sector.

The IMF experts stressed that the Kingdom’s continued implementation of structural reforms will help ensure a strong, comprehensive and eco-friendly recovery, noting that the Kingdom is recovering strongly in the wake of the recession caused by the pandemic.