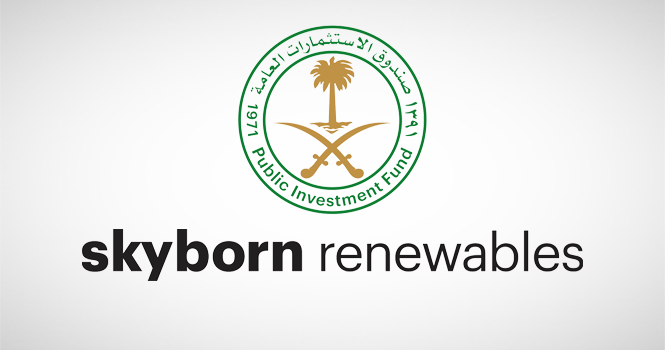 PIF is the second SWF from the GCC region as the UAE-based Abu Dhabi’s Mubadala Investment Company has acquired a stake in Skyborn Renewables in October this year.

Mubadala’s investment is unspecified, but it took a share in GIP’s 50% interest in the 1.6 GW Bluepoint Wind project in the New York Bight, which is in early-stage development by GIP and its Ocean Winds partner – a 50:50 joint venture between EDP Renewables and ENGIE – off the New Jersey and New York coasts.

The PIF’s investment will allow the fund to participate in the acceleration of energy transition and clean energy at an international scale through an investment in a geographically diversified offshore wind energy platform.

The Skyborn platform includes interests in operating and under-construction projects in Germany, France and Taiwan as well as a pipeline of over 30 GW (gross) of highly diversified offshore wind projects in various stages of development. The company has over 20 years of development experience, a track record of over 7 GW of capacity developed to-date, and a presence in over 15 European and APAC markets.

PIF has a strong track record of investing in the low carbon sector such as electric vehicles and solar energy projects, as part of a commitment to develop 70% of Saudi Arabia’s renewable energy by 2030. PIF has major investments in renewable energy companies such as ACWA Power and the Sudair and Al Shuaibah Solar Energy projects, and in the development of electric vehicles through investments in E1, Lucid Motors and Ceer.

Turqi A Alnowaiser, Deputy Governor and Head of the International Investments Division at PIF, said that this investment opportunity enhanced PIF’s objectives to increase its portfolio of investments in the low carbon sector, which now includes solar, power generation, electric vehicles and offshore wind energy.  Offshore wind has a key role to play in driving global decarbonization and we see significant growth opportunities for Skyborn, he noted.

“Our partnership with Skyborn and GIP will help drive the development of innovative sustainable technology, which positions Saudi Arabia as an enabler of industries of the future and the creator of new opportunities,” he added.

Matt Harris, Founding Partner of GIP said that they were excited to have PIF as one of the company’s most important investor partners and invest alongside GIP in Skyborn Renewables.

PIF’s investment in Skyborn is in line with its mission to build strategic economic partnerships to achieve sustainable returns and unlock promising economic opportunities globally. PIF deploys capital domestically and globally in strategic sectors with significant long-term growth potential that will contribute to maximizing its assets and diversifying Saudi Arabia’s economy in line with Vision 2030.