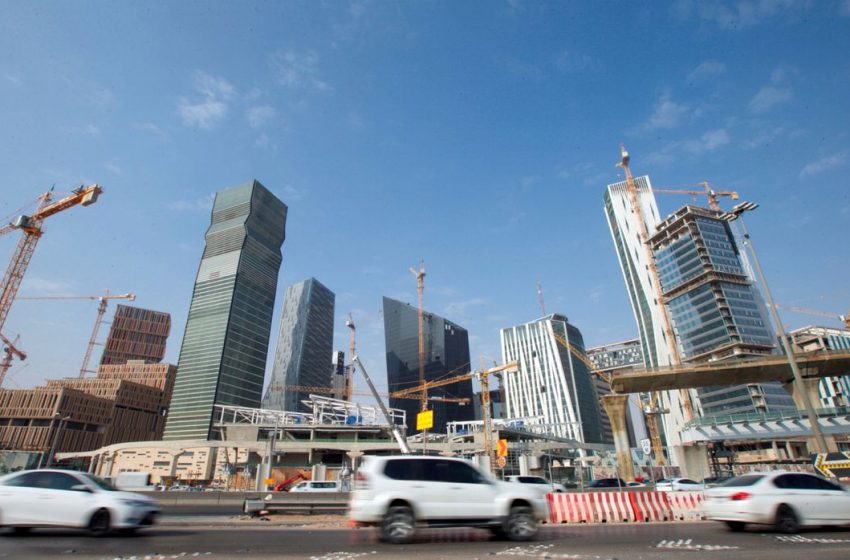 Growth in Saudi Arabia’s non-oil private economy slipped again in January, falling to its slowest expansion rate since September amid a sharp rise in COVID-19 cases driven by the Omicron variant, a survey showed on Thursday.

The seasonally adjusted IHS Markit Saudi Arabia Purchasing Managers’ Index (PMI) fell to 53.2 in January from 53.9 in December. It decelerated for a fourth straight month to hit its slowest since October 2020, though marked a 17th straight month of expansion.

The output sub-index also notched its fourth consecutive month of deceleration to 56.0 in January from 57.3 in December. Though still a solid pace, it was its slowest since August last year.

“Customer demand in the non-oil sector was quelled by the Omicron variant at the start of the year, leading to slower rises in activity and new business and the softest improvement in business conditions since October 2020. Export sales decreased for the first time since last March, as companies also blamed high costs for global shipping and transport,” said David Owen, economist at survey compiler IHS Markit.

“Employment markets remained subdued, with the latest data pointing to the weakest hiring momentum for ten months. Despite staff shortages linked to rising COVID-19 cases, companies were able to reduce their backlogs at the quickest rate since last July.”

The sentiment for future output, a sub-index for business expectations in the following 12 months, improved slightly from an 18-month low in December.

“That said, the level of optimism remained limited with just 9% of survey respondents giving a positive outlook. There were hopes that stronger new order volumes, business investment and a stabilisation of global markets will support overall activity,” the report said. Reporting by Yousef Saba; Editing by Toby Chopra