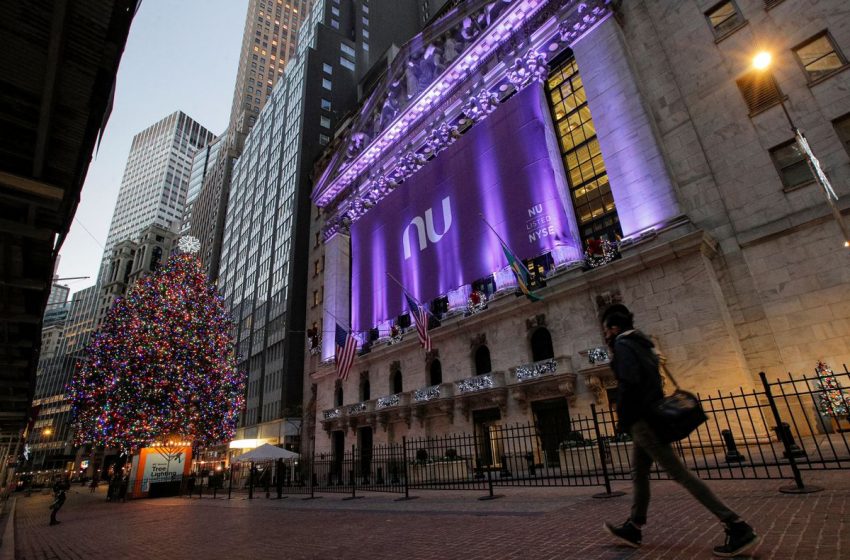 A banner for Nubank, the Brazilian FinTech startup, hangs on the facade at the New York Stock Exchange (NYSE) to celebrate the company’s IPO in New York, U.S., December 9, 2021. REUTERS/Brendan McDermid

Brazilian fintech Nubank said on Monday that new central bank rules for digital banks will bring lower capital requirements than originally expected next year and in 2024, with the announcement lifting its shares.

In a securities filing, the Warren Buffet-backed star of Latin America’s fintechs said the change does not have a significant impact on its “business model or our ability to grow.”

Nubank’s U.S.-listed shares were up nearly 2% at $6.04 after market. Despite Monday’s bump, however, Nubank’s shares have lost nearly 37% so far this year, in line with souring investor sentiment in the broader tech market.

On Friday, Brazil’s central bank announced tougher rules for fintechs, subjecting payment institutions to regulations based on their size and complexity, while also raising standards for required capital.