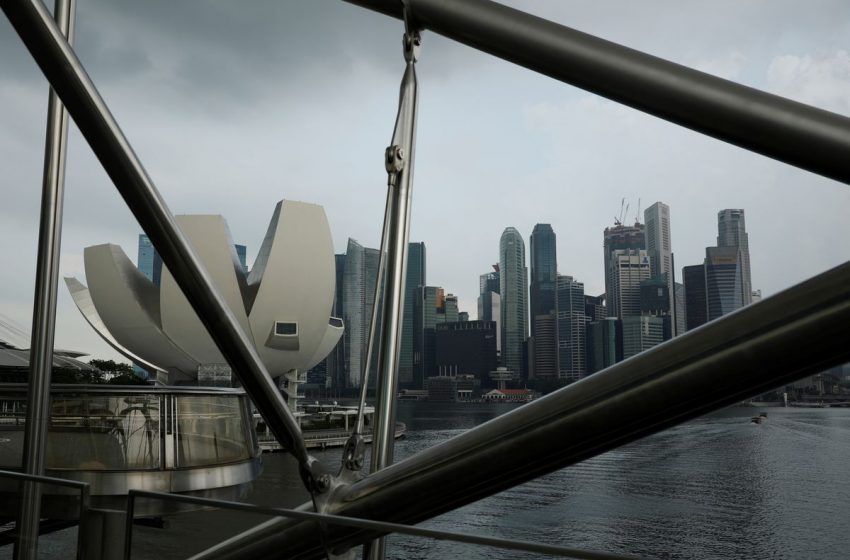 SINGAPORE, Jan 3 (Reuters) – Singapore’s economy expanded at its fastest annual pace in over a decade in 2021 as the country emerged from its worst recession on record, caused by the deep hit to activity from the coronavirus pandemic.

The city-state’s economy grew 7.2% in 2021, preliminary data showed on Monday, broadly in line with the government’s official projection and rebounding from the record 5.4% contraction in 2020.

The financial and transport hub, often seen as a bellwether of global growth, has staged a rocky recovery as governments around the world shift their coronavirus strategies to living with the pandemic, away from “zero-COVID” policies.

Singapore’s annual gross domestic product growth was the fastest since a 14.5% expansion in 2010, when the economy emerged from the global financial crisis.

“I’m expecting growth to be relatively buoyant. As the world economy starts to improve, I think that will also help to support the overall external demand conditions for Singapore,” said MUFG analyst Jeff Ng. “The main threat continues to be inflation.”

GDP rose 5.9% in October-December on a year-on-year basis, the Ministry of Trade and Industry said in a statement, faster than the 5.4% growth forecast in a Reuters poll on analysts.

GDP grew 2.6% on a quarter-on-quarter seasonally adjusted basis in October-December, higher than the 1.2% growth in preceding quarter.

Separately, the Southeast Asian city-state on Monday posted a preliminary 5% rise in private home prices in the fourth quarter, the most since 2010.

The government implemented a package of measures to cool its property market last month, including raising stamp duties and tightening loan limits.

The government has flagged a plan to raise the goods and services tax by 2 percentage points to 9% between 2022 and 2025.

While analysts expect the economy to continue to grow, they cautioned that the Omicron coronavirus variant could become a drag if social distancing rules are tightened again.

The city-state has vaccinated 87% of its population. As of Saturday, 41% of the population has received their COVID-19 booster shot.

Sung Eun Jung at Oxford Economics expects growth to be led more by the service sector than the manufacturing in 2022 as domestic demand momentum improves.

“We expect monetary and fiscal policies will further tighten this year with planned GST hike adding to rising price pressures,” she said.

Economists widely expect the central bank to tighten again in April this year as price pressures persist. Similar to major financial hubs around the world, Singapore has seen its inflation rate rise in the past few months with headline prices up 3.8% in November, the fastest in nine years.

The Singapore dollar weakened slightly in thin trade on Monday, in line with modest gains for the U.S. dollar in the broader market. At S$1.3510 per dollar, it is not far from the seven-week high it touched at the close of last year and analysts said the GDP figure would likely be supportive.

The Monetary Authority of Singapore unexpectedly tightened its monetary policy at its last meeting in October amid mounting inflationary pressures caused by supply constraints and a recovery in the global economy.Reporting by Chen Lin in Singapore; Additional reporting by Aradhana Aravindan and Tom Westbrook; Editing by Sam Holmes