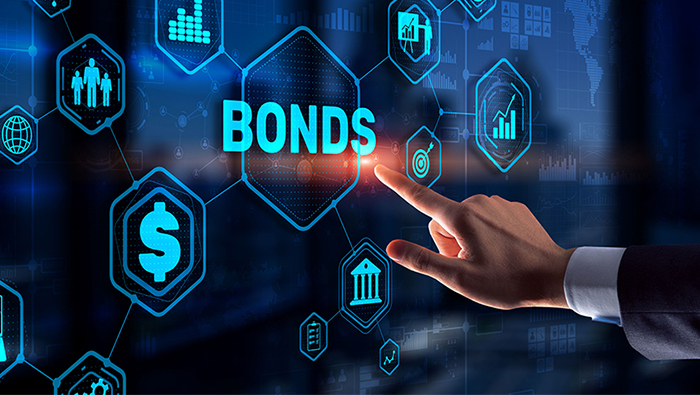 Saudi Arabia and UAE remained the top fixed instrument issuers in the region with issuances of $24.2 billion and $7.9 billion, respectively, this year. The decline in issuances were seen across the board with all the issuing countries seeing a decline this year. Oman had no issuances this year as compared to $6 billion in issuances in 2021.

According to a report by Moody’s Investors Service early this year, the downturn in bond issuances is forecast globally. Long-term sovereign sukuk issuance across the world is set to drop to $73 billion in 2022 and $75 billion in 2023, from $88 billion in 2021, including issuance by multilateral development banks.

The rating agency estimated that the aggregate fiscal deficit of major sukuk-issuing sovereigns, including Saudi Arabia, Malaysia, Indonesia, and Turkey, will decline to $92 billion in 2022 from $118 billion in 2021 and $194 billion in 2020.

UAE witnessed the biggest absolute decline in issuances with total issuances at $7.9 billion this year as compared to $20.3 billion in YTD-May-2021, a decline of $12.4 billion. Saudi Arabia, on the other hand, witnessed the smallest decline of merely $300 million resulting in almost flat y-o-y issuances.

Corporates witnessed a 47.7% y-o-y drop in issuances in YTD-May-2022 whereas government issuers reported a relatively smaller decline of 30.1%.

In terms of type of instruments, sukuk issuances once again overtook bond issuances with total sukuk issuances at $25.4 billion in YTD-May-2022 compared with $11.9 billion worth of bonds during the same period.

The issuance of ESG compliant or Green instruments in the region picked up pace this year, in line with the trend seen globally.

In its monthly report for June, Kuwait-based Investment Strategy & Research firm Kamco Invest, while citing Bloomberg data, said there were six green-compliant instruments issued this year with total proceeds of $1.8 billion as against seven instruments in 2021 with proceeds of $1.3 billion.

The global trend is towards responsible investment and reducing carbon emission. With pledge from a number of sovereigns the region in this regard, we can expect to see a greater number of green issuances in the near-term.

Governments in the region are eyeing fiscal surpluses after years of deficits backed by elevated oil revenues. Corporates, on the other hand, may see a decline in issuances mainly led by higher rates and its impact on overall economic activity.

Fiscal deficits for the GCC countries is expected to see a steep decline this year mainly backed by higher oil revenues coupled with full resumption of economic activity vs. previous two years. According to the forecasted general government balances of IMF, the GCC region is expected to see aggregate fiscal surplus of $152.2 billion in 2022 followed by a surplus of $147.8 billion in 2023.

Saudi Arabia made around $1 billion each day from oil exports during Q1- 2022 and is expected to post surplus for the first time in almost a decade in 2022. However, unlike the previous surpluses that were mainly spent on incentives and infrastructure investments, the government now aims to strengthen its balance sheet.

Saudi Arabia said that the surpluses would be accumulated in government’s current account held at the central bank until the year end and after that it would be used to replenish foreign exchange reserves and may be transferred to the Kingdom’s sovereign wealth fund.

This move is aimed at creating a disconnect between economic performance and oil prices. This would also mean that fixed income issuances from the government would remain elevated in the Kingdom and was reflected in almost flattish issuances during the first five months of 2022 vs. the corresponding period in 2021.

The UAE government issuances, which is down 61% this year, are also expected to remain low in 2022 compared with last year mainly due to the fast paced privatization through equity listings announced by both Abu Dhabi and Dubai governments, Kamco said.

Qatar, with its stable fiscal surplus position, is expected to further strengthen its fiscal position as demand for natural gas remains high while the country adds capacity. This is expected to lower the funding requirements by the Qatari government.