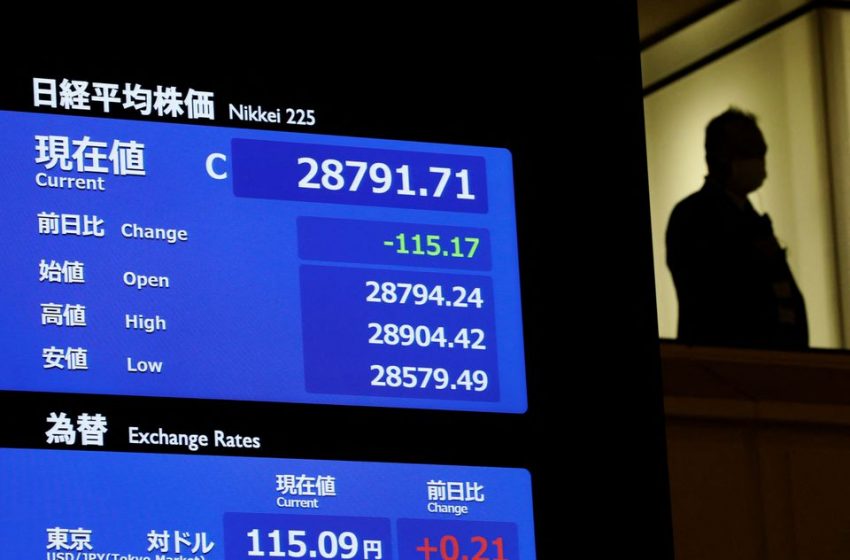 The Nasdaq closed more than 10% lower from its Nov. 19 record closing high to confirm a correction as investors continue to price in the Federal Reserve moving faster to hike interest rates, fears that led to Tuesday’s sell-off.

Stock markets on both sides of the Atlantic initially rebounded, with an index of Europe’s 600 biggest stocks rising as much as 0.8% as robust earnings from luxury majors Burberry (BRBY.L) and Richemont countered pressure from rising yields. Buoyant reports from UnitedHealth Group Inc (UNH.N) and Procter & Gamble Co (PG.N) also initially lifted Wall Street.

But the gains faded as concerns about rising inflation and higher rates rattled the market as investors await the Fed’s policy meeting next week for any changes to the central bank’s plan to tackle inflation.

“The market is still grappling with how do you adjust to higher rates and what are the companies that are impacted by higher rates?” said Jon Maier, chief investment officer at Global X ETFs.

“The market was very excited that maybe the Goldman Sachs (earnings) numbers (on Tuesday) weren’t so bad. Then reality sunk in.”

The rise above 0% for the bund — the euro zone’s benchmark — marks a turning point for regional debt, reflecting record-high inflation that is being exacerbated by supply chain disruption.

“This inflationary episode is unusually challenging in that it is driven by both strong demand and shortages of supply,” said Guy Foster, chief strategist at wealth manager Brewin Dolphin.

Oil prices hit their highest since 2014 amid an outage on a pipeline from Iraq to Turkey and global political tensions that stoked fears of more persistent inflation and helped prop up the dollar, which hovered near one-week highs.

“Those countries that seem to be ahead of the U.S. in the queue of raising grades — Canada, the UK and Norway — have stronger currencies this year against the dollar,” he said. “Other areas like the Euro, Swiss franc are softer on the year.”

Overnight in Asia, MSCI’s broadest index of Asia-Pacific shares outside Japan (.MIAPJ0000PUS) fell 0.4% as tech stocks in particular suffered as they had on Tuesday in Europe and on Wall Street.

The two-year U.S. Treasury yield, which typically moves in step with interest rate expectations, rose 0.7 basis point to 1.047% late in the session after earlier trading lower. The yield on 10-year Treasury notes fell 1.8 basis points to 1.850%, after also trading lower.

Oil prices rose for a fourth day after a fire on a pipeline from Iraq to Turkey briefly stopped flows, increasing concerns about an already tight short-term supply outlook.

Gold rose more than 1% as a retreat in the dollar and geopolitical tensions surrounding Ukraine burnished safe-haven bullion’s appeal.