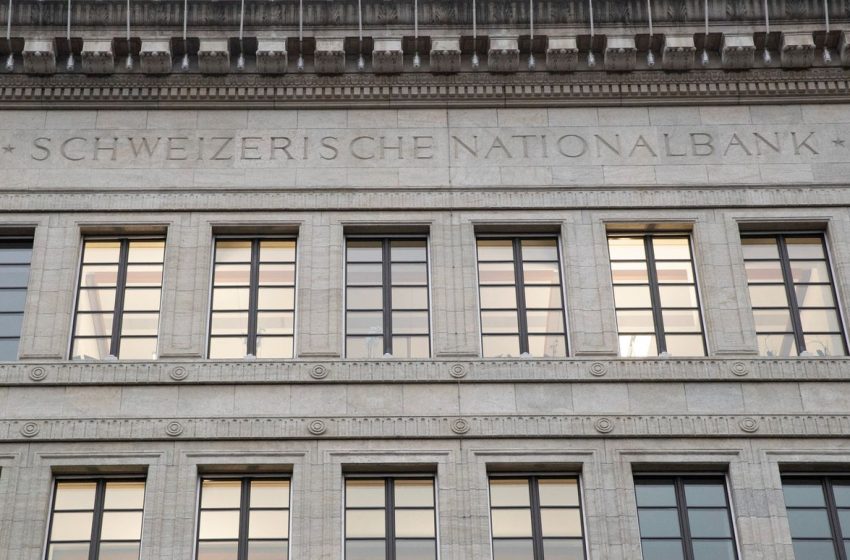 A general view of the building of the Swiss National Bank (SNB) in Zurich, Switzerland December 16, 2021. REUTERS/Arnd Wiegmann

ZURICH, Jan 7 (Reuters) – The Swiss National Bank expects to make a profit of around 26 billion Swiss francs ($28.22 billion) for 2021, the central bank said in its provisional results on Friday, as booming stock markets throughout the year added billions to the value of its foreign currency investments.

The SNB made a profit of just under 26 billion francs on its foreign currency positions, which include nearly 1 trillion francs worth of stocks and bonds bought during its long campaign to weaken the Swiss franc.

The central bank suffered a valuation loss of 100 million francs from its gold holdings, offset by a 1 billion franc profit from its Swiss franc positions, mainly the negative interest rates it charges commercial banks to hold money overnight.

As a result, its annual profit is expected to be higher than the 20.9 billion francs profit it made for 2020.

The performance means the SNB will pay an unchanged dividend of 15 francs per share, the legal maximum. It will also make a maximum payout of 6 billion francs to the Swiss government and regional authorities under a new agreement signed last year.

The SNB will release final profit figures in March.

It gave no details of its fourth-quarter performance, where the appreciation of the Swiss franc likely reduced the valuation gains from its foreign currency investments.

The franc rose against both the euro and dollar between October and December, hitting its highest level against the common currency since mid-2015.

This currency movement will have reduced gains from higher stock values when translated back to francs.

Bee estimated the central bank made a valuation gain of roughly 35 billion francs in 2021 from its stock market holdings, which includes stakes in Starbucks (SBUX.O), Apple (AAPL.O) and other U.S. tech giants.