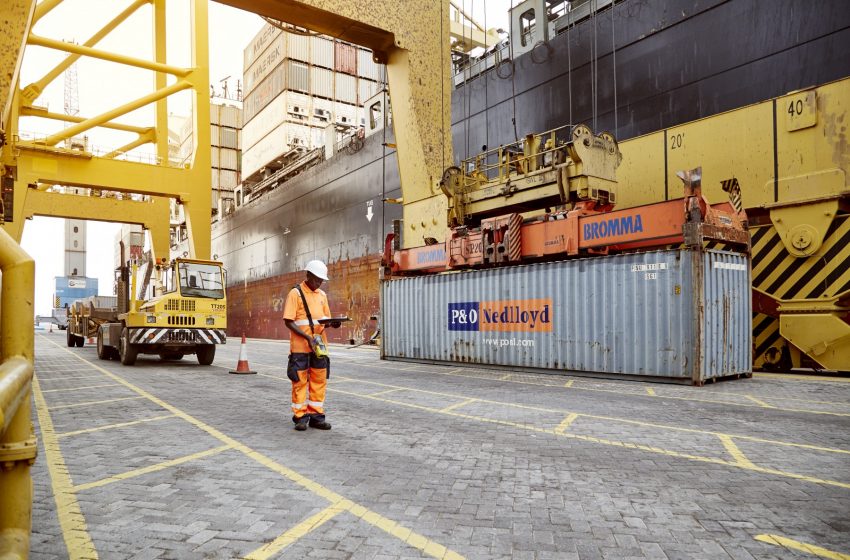 There is a reason for these organisations to invest in many African ports which are under-developed though their respective countries are rich in resources and the last mile connectivity is missing as the export routes are few.

Africa has 30% of the mineral resources in the world and 57% of Africa’s export earnings comes from hydrocarbons.  While the oil reserves grew by 150% between 1980 and 2012, the mineral reserves rank first or second in the world for bauxite, cobalt, diamonds, phosphate rocks, platinum-group metals (PGM), vermiculite and zirconium.

According to DP World CEO Sultan Bin Sulayem, Africa offers significant potential for investment and economic partnerships that can create mutual benefits for UAE businesses and their African counterparts.

DP World has already invested in the ports of at least 10 African states including Congo, Somalia, Senegal and Luanda besides in many other countries such as Canada and Indonesia.

On the other hand, Abu Dhabi, which is located at the cross roads of trade between Europe, Asia and Africa having a population of 4.5 billion within four time zones, has invested in France, Guinea and Angola in Africa besides Egypt, Iraq and Jordan in the Middle East.

The ADP, which has raised $1 billion bond on the London Stock Exchange in May 2021 to expand beyond Abu Dhabi, plans to utilise the money to develop international ports and become a global hub for logistics platform.

Abu Dhabi Ports is developing a container terminal at Kamsar in Guinea also at the port of Lobito in Angola.

The UAE government, which has invested in Guinea’s bauxite mines, is developing Kamsar port to export the bauxite mineral ore. Similarly, the Abu Dhabi port is investing in the container terminal at port of Lobito to transport ore to the port’s mining terminal.

Besides, these two port giants in the UAE, Oman too has been investing in African ports via its sovereign wealth fund – Oman Investment Authority – as part of its expansion programmes.

The OIA has entered in an agreement to develop Malindi Tourist Port in Zanzibar, an island territory that forms part of Tanzania.

According to Oman News Agency (ONA), The MoU will conduct a feasibility study of a project to rehabilitate, develop and operate the port and develop the waterfront besides transfer commercial activities from the current port to the new Mangga Pwani port.

DP World will contribute its stakes in three existing ports initially and expects to invest a further $1 billion through the platform over the next several years. On the other hand, CDC is committed approximately $320 million initially and expects to invest up to a further $400 million over the next several years. The transaction is subject to certain final regulatory approvals.

The platform will invest in origin and destination ports, inland container depots, economic zones and other logistics across Africa to increase trade, create new job opportunities and broaden access to essential goods.

It will initially be seeded with minority stakes in existing DP World assets with significant capacity expansion plans, including Dakar (Senegal), Sokhna (Egypt) and Berbera (Somalia).

Trade enabled through the on-going expansions is expected to create an additional 138,000 employment opportunities in the wider economy. By 2035, the ports are expected to support stable employment for around 5 million people indirectly, DP World said in a statement.