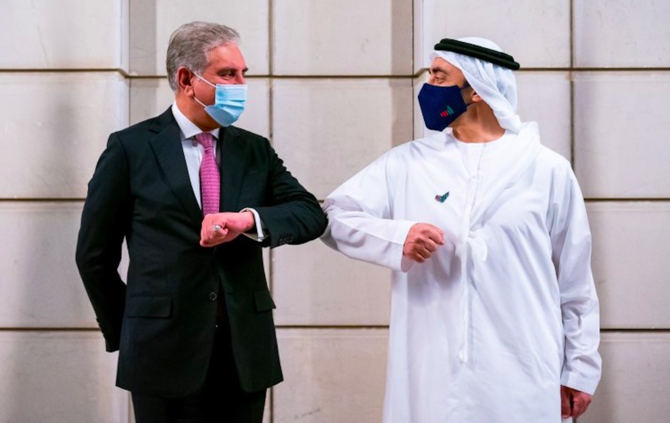 The United Arab Emirates (UAE) has rolled over $2 billion debt for one year for Pakistan after the latter’s central bank called to arrange more loans to stabilise the country’s foreign exchange reserves that depleted by one-fourth in just two weeks.

In addition to securing the rollover, the Pakistani authorities on Monday received a statement from the International Monetary Fund (IMF) to calm the jittery markets that could further undermine the value of the Pakistani rupee against the US dollar.

The UAE has rolled over $2 billion debt for one more year as the facility had matured last month and Pakistan had sought a three-year extension.

The UAE decision to rollover its loans provided a breathing space to Pakistan, as the economic managers see some additional impact on the external sector due to political instability. The stock market shed over 1,250 points on Monday, as the country grapples with constitutional crisis.

The outgoing Prime Minister Imran Khan had requested the $6 billion facility in November 2018, but the UAE approved $2 billion for a period of three years that became effective in early 2019. It was the second major facility that a foreign country rescheduled in past 10 days.

Yet the foreign exchange reserves remained on a sliding path despite a major relief from China and the UAE.

The UAE had not yet taken a decision on the rollover of another $450 million debt that matured few weeks ago. Pakistan had not paid back the $450 million debt, although Dubai had requested its money back.

The foreign exchange reserves that were close to $15 billion till March 18 have already slid to around $11 billion, reports said.

Meanwhile, the State Bank of Pakistan (SBP) and the Finance Ministry were discussing options to seek more foreign loans but had very little option in these circumstances.

The government had approached a consortium of foreign commercial banks for $1 billion loan, but the banks were demanding high interest rate. However, in the absence of political leadership, bureaucracy was reluctant to get the loan at higher rate, they added.

Pakistan and the IMF talks were derailed last month – for the third time in as many years — after the outgoing Pakistan Tehreek-e-Insaf (PTI) government followed the path of fiscal indiscipline and violated its commitments given to the IMF.

The IMF has not yet permanently closed the doors for Pakistan and was willing to engage with the next government. “The IMF looks to continue its support to Pakistan and, once a new government is formed,” Esther Perez Ruiz, the resident representative of the IMF said.

Pakistan on Tuesday welcomed the UAE decision to extend  the repayment period of a $2 billion “aid loan from the Abu Dhabi Fund of the United Arab Emirates.