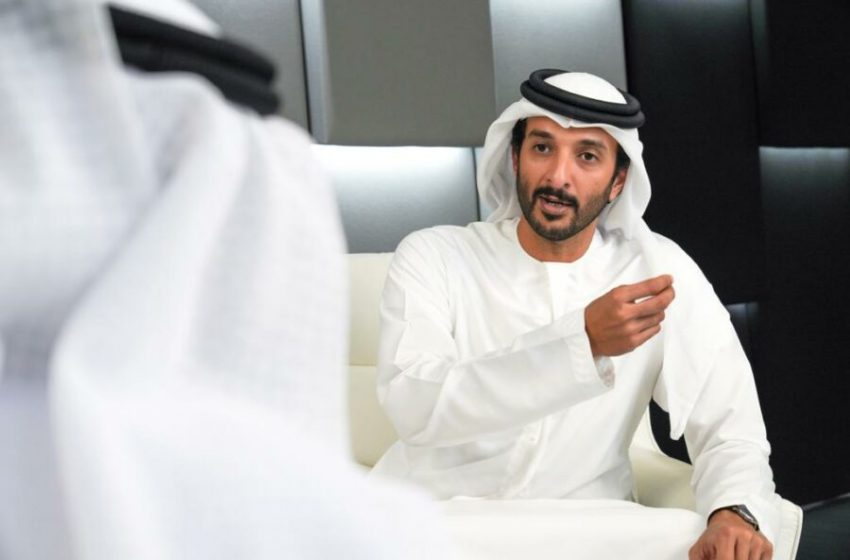 UAE Minister of Economy Abdullah bin Touq Al Marri announced that the GDP growth estimates for 2022 exceed 5%, stressing that foreign trade has been a major source of the national economy and one of the pillars of its strength and competitiveness.

According to an Emirates News Agency (WAM) report, he stressed that the UAE President His Highness Sheikh Mohammed bin Zayed Al Nahyan, during his speech to the UAE people, laid down strategic directions for the process of economic development in the state during the next stage by promoting openness to the world, and consolidating the principles of cooperation based on respect for common interests, achieving mutual benefit, and enhancing the resilience and sustainability of the national economy with the participation of the private sector.

Al Marri pointed out that all development efforts and plans target the citizen first, and that the UAE achieved economic growth during 2021 that exceeded expectations.

Al Marri stressed that foreign trade is a major source of the national economy and one of the pillars of its strength and competitiveness. The UAE has a wide network of sea, air and land lines connecting it with more than 400 major cities around the world, making it a major commercial hub and a regional center for logistics services.

“This distinguished position is translated by foreign trade figures, which witnessed a growth during 2021 of up to 27% over the year 2020 and about 11% compared with the pre-pandemic rates in 2019 and reaching a value of nearly $520 billion,” Al Marri said.

“Today, in light of the challenges the world is witnessing in supply chains, high inflation, as well as geopolitical conditions, the UAE believes that free and open trade based on clear rules remains the best way to stimulate growth and sustainable development,” he explained.

In September 2021, the UAE government announced a program of comprehensive economic partnership agreements within the ‘50 projects’, which helps the country open new markets for Emirati exporters, secures supply chains, enhances investment flows, and stimulates greater economic growth in the region, and consolidates the UAE’s position as a center for global trade and logistics.

“Three agreements have been completed with India, Israel and Indonesia. We have also made great progress in our negotiations with other countries, and it is expected to be signed with them during the next few years,” Al Marri said.

He explained: “The three signed agreements open up markets for more than 1.6 billion consumers around the world. In light of the opportunities provided by these three agreements, they are expected to add up to $16 billion in the country’s GDP over the next ten years.”

“And the increase of Emirati exports to these markets, with a value exceeding $10 billion during the same period, is expected would add about 190,000 job opportunities, including highly qualified, talented and skilled people,” he added.

He pointed out that the rise in commodity prices is a global challenge, and that the Ministry of Economy has well-studied policies and plans to contain any unjustified increases in the country’s markets, taking into account the balance between the consumer’s interest in obtaining goods at reasonable prices and ensuring the sustainability of supplies and the availability of goods in the markets.

Al Marri explained that the UAE is qualified to be the first destination for family businesses in the region, in light of the fact that it enjoys the best and most competitive business environment in the said region. New companies in the country’s market recorded a growth of up to 126 percent during 2021 compared to before the pandemic 2019, and 18 percent growth during the first quarter of 2022.

One of the main projects that the ministry is working on and is among its priorities for the next stage, is the development of a competition law and the strengthening of mechanisms and controls that protect the consumer, guarantee the interests of investors and achieve market balance.