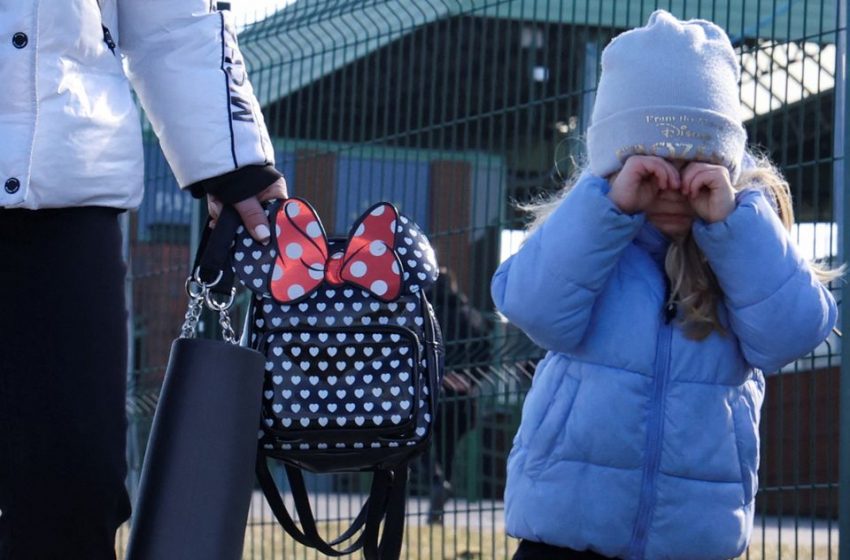 A child stands at the border crossing between Poland and Ukraine, after Russian President Vladimir Putin authorized a military operation in eastern Ukraine, in Medyka, Poland, February 24, 2022. REUTERS/Kacper Pempel

Here’s what you need to know about the Ukraine crisis right now:

* Russian forces invaded Ukraine by land, air and sea on Thursday, confirming the West’s worst fears with the biggest attack by one state against another in Europe since World War Two.

* Russian President Vladimir Putin says his aim is to demilitarise and ‘denazify’ Ukraine.

* Missiles rained down on Ukrainian cities and explosions were heard near the capital Kyiv. Ukraine said some military command centres were hit.

* NATO put more than 100 warplanes on alert and will reinforce troops on its eastern flank, Secretary-General Jens Stoltenberg, adding that the alliance had no plans to send troops into Ukraine.

* Ukrainian President Volodymyr Zelenskiy urged citizens prepared to defend the country to come forward, promising weapons to everyone who wanted them.

* The Kremlin said the length of the military operation depended on how it progressed, and that it should ideally “neutralise” Kyiv’s military potential.

* The European Union will freeze Russian assets, halt access of its banks to the European financial market and target “Kremlin interests” over its “barbaric attack”, senior officials said.

– “I have decided to conduct a special military operation… to protect people who have been subjected to bullying and genocide,” Putin said. “…We will strive for the demilitarisation and denazification of Ukraine.”

“Russia has embarked on a path of evil, but Ukraine is defending itself & won’t give up its freedom no matter what Moscow thinks,” Ukrainian President Volodymyr Zelenskiy said.

– “President Putin has chosen a premeditated war… The United States and our allies and partners will be imposing severe sanctions,” U.S. President Joe Biden said in a statement.

* Biden will meet with his G7 counterparts Thursday to map out harsher measures against Russia. read more

* NATO will hold an emergency summit on Friday.

* The U.N. Security Council will discuss a resolution condemning the invasion.

* European Central Bank policymakers hold what may have become a crisis meeting.