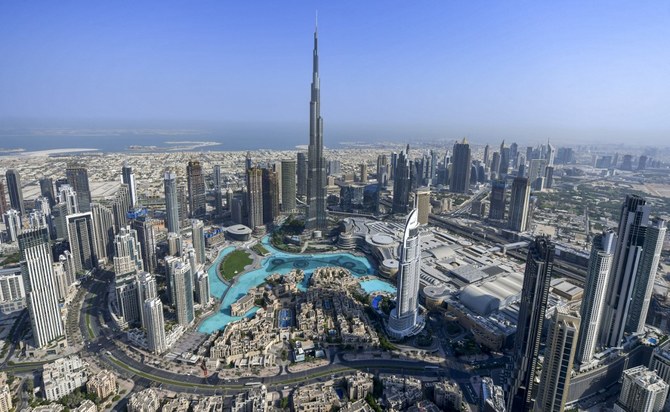 This picture taken on July 8, 2020 shows an aerial view of the Burj Khalifa skyscraper, the tallest structure and building in the world, in the Gulf emirate of Dubai, during a government-organised helicopter tour. (Photo by KARIM SAHIB / AFP)

Dubai’s real estate transactions continued to increase in 2022 like in the previous year.

The top three transactions were a land in Al Mamzer sold for $36.05 million and a plot at Al Thanayah Fourth for $16.61 million.

The sum of the amount of mortgaged properties for the week was $660 million, with the highest being a land in Palm Jumeirah, mortgaged for $112.17 million. As many as 107 properties were granted between first-degree relatives worth $84.13 million.

As the destination where the Expo is being held, the Dubai South master-development has been garnering all the attention. But, away from the Expo, the ‘city-within-a-city’ has been doing well on other counts too.

For one, it has created more residential options to choose in Dubai, by delivering 1,400 apartments and 240 townhouses at its ‘The Pulse’ community.’

“Following the inauguration of Expo 2020 Dubai, and based on popular demand, The Pulse Beachfront was launched, and the company succeeded in selling out phases one and two, with the final phase due to launch in Q1, 2022,” Dubai South said in a statement. Plots sold to build villas were also sold out.