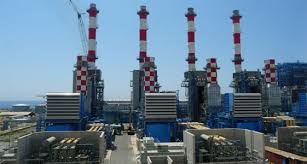 The $3.2 billion Hassyan complex, which will become operational in Q1 of 2023, includes a water desalination project with a production capacity of 120 Million Imperial Gallons of Water per Day (MIGD) using Reverse Osmosis (RO) based on the Independent Water Producer (IWP) model.

According to a study approved by the Dubai Supreme Council of Energy, achieving zero carbon emissions requires action across all major sectors.

They include the Power and Water sector through massive roll out of solar generation along with energy storage, carbon capture technologies for fossil fuel power plants, demand flexibilization, green hydrogen for power and water production and Sea Water Reverse Osmosis plants utilizing clean energy for water production; the Transportation sector through increased vehicle efficiency standards, switchover to electric and hydrogen fuel vehicles along with enhanced utilization of public transport; Industry through switchover from fossil fuels to electricity from the grid, green hydrogen and solar heat for some industrial processes, carbon capture for other process emissions; Buildings with efficient cooling for majority of buildings and maximum energy efficiency for all new buildings by 2050; and Waste through carbon capture on waste-to-energy plants, landfill gas capture and recycling.

“The move is also in line with international efforts to reduce relying on high carbon emissions energy sources. The initiative is consistent with the pivotal role that gas is expected to play in enabling economic growth in the UAE over the next fifty years,” he said.

Hassyan Energy Chairman and MD & CEO of DEWA Saeed Mohammed Al Tayer said the decision was in line with the vision of His Highness Sheikh Mohammed bin Rashid Al Maktoum, Vice President and Prime Minister of the UAE and Ruler of Dubai, to make Dubai a carbon neutral economy by 2050. “We are implementing several programmes and mechanisms within the energy and water sector to achieve the goal,” he said.

He further said that to reduce the effects of global warming and climate change, they were moving to cut down carbon emissions. Dubai has a clear strategy and specific goals to increase the share of renewable and clean energy in the energy mix.

“Natural gas is considered a safe and environmentally friendly source of energy. The Hassyan natural gas power complex will be an addition to the Jebel Ali power and water desalination complex, which is one of the main pillars for providing Dubai with reliable, efficient and high-quality electricity and water services,” Al Tayer added.