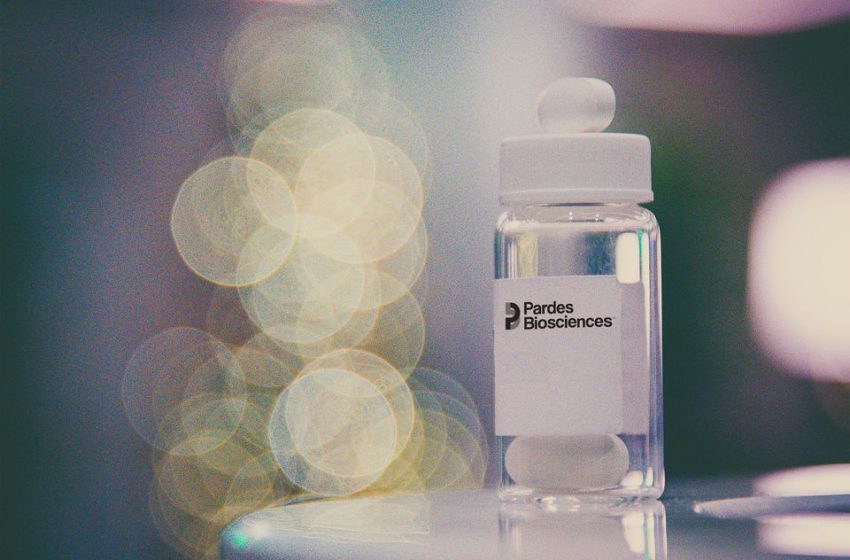 PBI-0451 protease inhibitor pills for treating the coronavirus disease (COVID-19) are seen in a container in this undated handout photo obtained by Reuters on December 16, 2021. Pardes Biosciences/Handout via REUTERS

If the drug, called PBI-0451, proves effective in later-stage testing, it could have an advantage over similar pills that need to be taken with a second, booster medication, such as the Pfizer Inc (PFE.N) two-drug antiviral regimen, Paxlovid, now under consideration by the U.S. Food and Drug Administration.

Pardes said it expects to complete its current Phase I study in healthy volunteers early next year. It aims to begin by mid-year a larger trial that could be used to seek regulatory approval for the COVID-19 antiviral pill.

There are currently no authorized oral COVID-19 treatments. But they are expected to become important tools against the illness because they can be taken at home early after symptoms appear to keep people out of the hospital.

The Pardes drug is a protease inhibitor, designed to prevent the coronavirus from replicating in human cells. That is the same class of medicine as Pfizer’s nirmatrelvir, which in combination with the older antiviral ritonavir was shown to cut the risk of hospitalization or death by 89% for COVID-19 patients at high risk of severe illness.

Ritonavir is used to extend the action of the Pfizer pill, but can also interfere with some other medicines a patient may be taking, raising the risk of complications.

“We believe the ability to have an unboosted regimen will be important,” Pardes Chief Executive Officer Uri Lopatin told Reuters. He said that in the United States, one in five adults are on at least one prescription medication.

Pfizer, which says the issue of drug-drug interactions is manageable, is awaiting emergency authorization from the FDA for Paxlovid.

“If you look at hepatitis C and HIV as proxies for COVID, you’ll see first generation compounds come out and then over time you’ll see better and better options,” said Jim Tananbaum, founder and CEO of healthcare investment firm Foresite Capital.

Some newer hepatitis C drugs were considered to be advances in part because they were highly effective without the need for ritonavir.

Foresite is the sponsor of FS Development Corp II (FSII.O), a so-called blank check company set up to raise cash for acquisitions as an alternative to a traditional initial public offering. A shareholder vote on the merger of Pardes and FS II is scheduled for Thursday.

Company officials said Pardes is in talks with regulators about the design of a larger, global trial of PBI-0451, including the number of participants and geographic locations.Reporting By Deena Beasley Editing by Bill Berkrot