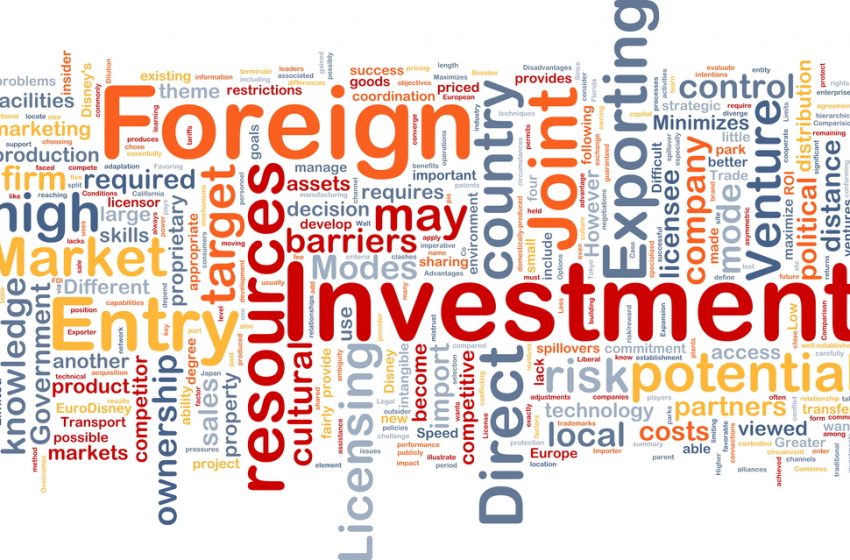 The United Nations Conference on Trade and Development’s (UNCTAD) Investment Trends Monitor, confirmed that the global foreign direct investment (FDI) flows posted a strong recovery, up 77% to $1.65 trillion in 2021, from $929 billion in 2020.

An investors’ guide has identified four countries in the GCC region – the UAE, Saudi Arabia, Qatar and Oman – as major destinations for attracting individual and institutional investors from across the world. These four countries have spent significantly on infrastructure besides initiated a slew of measures such as economic stimulus packages to overcome the adverse impact of COVID-19 pandemic.

Most of the countries look at FDIs as it is the most preferred types of investment, as it not only increases foreign exchange but also provides the resources necessary to implement investment programs locally targeted by their economic development plans.

According to Middle East Investment Monitor, besides the four GCC countries, Israel is the fifth nation from the region which is keenly watched by global companies and individuals to invest in 2022.

The UAE, which has celebrated golden jubilee last year, has been in the news for launching a series of developmental and economic projects that aim to accelerate the UAE’s development, transform it into a comprehensive hub in all sectors and establish its status as an ideal destination for talent and investors.

The Central Bank of the UAE has forecast the economy to grow by 4.2% in 2022. This growth is aided by the increase in oil and gas prices, a rebound in demand for goods and services but also the country’s response to COVID-19.

The Emirates was among the first countries in the world to launch support packages and initiatives. As a result, the country increased its share of the Middle East’s GDP to 16.1% in 2020, from 15.9% in 2019.

As part of its plans to meet its economic growth targets, the UAE aims to attract $150 billion in FDI by 2030.

To remain attractive to investors, the government has announced that all government offices would work for four and a half days every week from January 2022, to align with the global markets. This pragmatic approach to attracting global investment and talent, along with incentives and reforms, makes the UAE a country worth watching in investment plans.

The largest crude oil producer has drawn up elaborate plans to move away from hydrocarbon economy and increasing its focus on the private sector. The country expects to witness economic growth of 7.4% in 2022, according to its budget for the current year.

The Kingdom is also striving hard to become a tech hub and in August 2021 launched a series of technology initiatives worth more than $1.2 billion. It launched the biggest tech programme in the MENA region to enhance its digital capabilities and is designed to create one programmer out of every 100 Saudi nationals by 2030.

The government believes that a strong skilled workforce will attract global investors and those wanting to enter the country ahead of the curve to benefit from these types of initiatives.

Tech giants such as Apple and Microsoft have assured to open training academies in Saudi Arabia, alongside Google’s plans to set up innovation hubs, will propel the county further into the tech scene.

Saudi Arabia is also constructing a $500 billion city on the shores of Red Sea – Neom – which is expected to open in 2025. and plans are underway to expand it to neighboring Egypt and Jordan, making it the first private zone to span three countries.

As Expo2020 Dubai will conclude by end of March, all eyes are on focused on Qatar which will be hosting the 2022 FIFA World Cup, the first time in the Arab world in November/December this year.

More than $300+ billion was spent on construction of stadiums, airport, seaports, special economic zones, new roads, hotels among others and it is estimated that hosting the FIFA World Cup will create more than 1.5 million new jobs in key sectors such as construction, real estate and hospitality.

The event organizers hope to attract 1.2 million tourists during the tournament, generating substantial income for the economy. Furthermore, the legacy of the tournament and its increasing profile as a tourist destination should provide longer economic benefits to Qatar.

The country also hopes to attract foreign investors and has amended laws allowing 100% foreign ownership of businesses in most sectors in 2019It has also reduced the tax rate to 10% and re-instated diplomatic ties with Saudi Arabia led coalition.

Last but not the least, Oman’s economy is set to grow by 3.3% in 2022, the International Institute of Finance (IIF) said in a report.

Oman has initiated several reforms which will play a key role in the government’s plans to achieve a 3.2% annual average growth rate in non-oil activities in its GDP. The country plans to diversify its focus to tech, agriculture, fisheries, food processing, transporting, storing and logistics.

The increase in demand for oil, alongside the ending of the current POEC+ agreement to allow an increase in oil production, will benefit the country in 2022. A new five-year plan for 2021–25, as part of Vision Oman 2040, has also provided a more tangible outlook for the short term.

Early this year, the UK signed an MoU with Oman for a sovereign investment partnership, only the second of its kind in the Middle East.

The deal will strengthen economic ties and increase investment into both countries. In the four quarters to the end of Q2 2021, total trade in goods and services between Oman and the UK was $401 million.