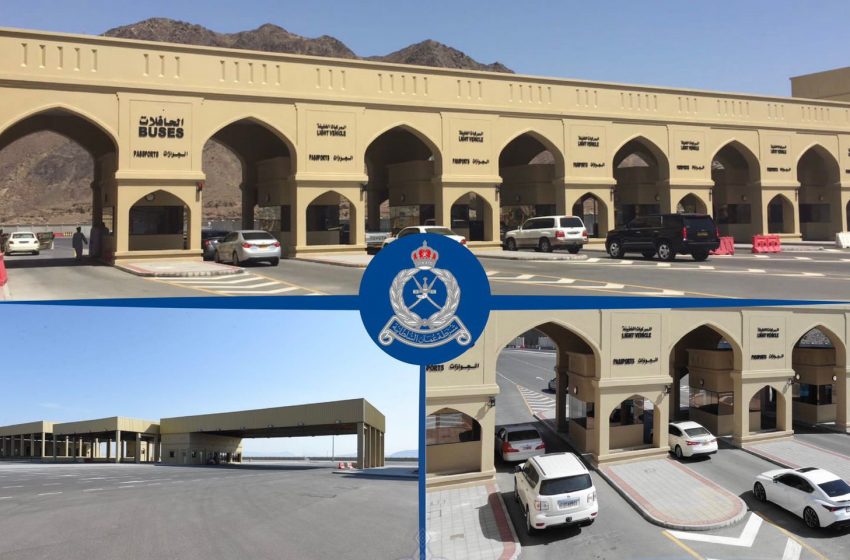 The Royal Oman Police (ROP) has announced the opening of Hatta land port that connect between Oman and UAE at the new location on Sunday.

In a statement issued, the ROP said the new location will facilitate the transportation system. “ROP draws the attention of citizens and valued travelers about the start of operation of the Hatta land port, which links Oman and the United Arab Emirates (UAE) in its new location, as part of the plan of the security system to manage land, air and seaports in a manner that facilitates movement.”

The Hatta border port plays an important role in facilitating the movement of goods and trade exchanges by land between Dubai and Oman. Dubai’s foreign trade with the Sultanate through the port, during the first half of 2021, amounted to about $272 billion

Five Arrival Gate Buildings for the Arrivals from Oman, plus five other Customs buildings. Two checkpoints on the two port entrances from both sides. Vehicle Scanner Room. Sheds for departure and arrival area and general site work and infrastructure work.