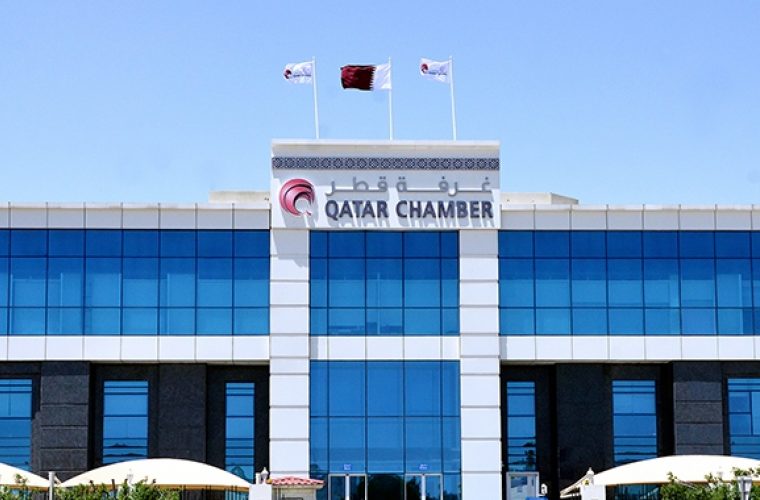 The trade volume between Qatar and Germany has crossed $3 billion in 2021, a surge of 76% compared with $1.7 billion the previous year. This growth indicates that Germany is one of the most important Western European country and a key trade partner for Qatar.

Disclosing this after a meeting with a delegation led by Germany’s Vice Chancellor Federal Minister for Economic Affairs and Climate Action Dr Robert Habeck on Sunday, Qatar Chamber chairman Sheikh Khalifa bin Jassim Al Thani said that there were about 100 German companies operating in Qatar in various sectors, such as trading, contracting, services, shipping, and medical equipment and devices.

Sheikh Khalifa said: “There is a clear German presence in many projects in Qatar, such as infrastructure projects and those related to the 2022 FIFA World Cup. German companies enjoy a renowned international reputation due to their advanced technology.

Sheikh Khalifa said Qatari investments in Germany amounted to $27.63 billion and expects that there will be more investments in many sectors in the coming period. There is also room for co-operation in sectors, such as solar energy, technology, oil and gas, services, and environment, among others, especially beyond the 2022 FIFA World Cup.

Besides trade ties, Dr Robert Habeck visit had another agenda. Germany wants Qatar to help Germany reduce its dependence on Russian gas imports in wake of its invasion of Ukraine. Dr Habeck also visited Norway, another LNG exporter, before calling in on Qatar.

Germany has severed its economic ties with Russia following the latter’s war with including suspension of approval for the Nord Stream 2 pipeline, which was set to add to Germany’s Russian gas supply.

Berlin plans to bring LNG onboard ships into the country.

But there are no terminals to receive them because of the legacy dependency on pipeline gas. Though German Chancellor Olaf Scholz announced plans to build two new LNG terminals, they are unlikely to be ready before 2026.

Dr Habeck’s trip also includes a visit to the UAE which is repositioning itself as a hub for green hydrogen. The UAE could help Germany meet its longer-term goal to switch to cleaner energy sources.

Before leaving for Qatar, Dr Habeck said Germany was prioritizing energy security for next winter as the

gas supplies to Germany were not completely secured.

“If we don’t receive further gas supplies next winter, and the deliveries from Russia are capped or stopped, we wouldn’t have enough to keep all our houses warm and to keep all our industry running,” he said.

Germany could replace around half of its natural gas imports from Russia this year in the event of a delivery stoppage, energy industry association BDEW said. It added Russia’s share of Germany’s gas supply in January-March, which is not officially published, stood at 40%, rather than earlier estimates of 56%.

But BDEW warned that without Russian exports, a target to fill Germany’s underground gas storage capacity of 24 billion cubic meters to the brim by the beginning of next winter would become questionable.

According to him, Qatar encourages the enhancement of co-operation and partnership between Qatari and German firms, and welcomed more German companies in the Qatari market, which would benefit from Germany’s advanced technology.

“Qatar Chamber calls upon Qatari investors to explore business opportunities available in Germany, boost co-operation with German firms, and forge genuine partnerships whether in Qatar and Germany, especially that Germany is an attractive destination for investment and rife with a myriad of opportunities in most sectors,” he added.

The German Vice Chancellor said the delegation’s visit was aimed at examining Germany’s strong partnership with Qatari firms in the areas of energy, oil, and gas. He said bilateral meetings helped German companies learn about areas of co-operation and the establishment of joint ventures with their Qatari counterparts.

After lauding Qatar’s investments in Germany, Dr Habeck invited Qataris to increase their investments and take advantage of the pro-investment climate and the abundance of opportunities Germany is offering in different sectors. “We are looking forward to a long-term and fruitful co-operation between business sectors from both friendly countries,” he added.

The leaders discussed the development of economic and commercial relations, as well as the investment climate and opportunities available in both countries, especially in the oil and gas sectors.

Later, bilateral meetings were held between Qatari businessmen and members of the German delegation who reviewed the possibility of establishing joint alliances and partnerships either in Qatar or in Germany.