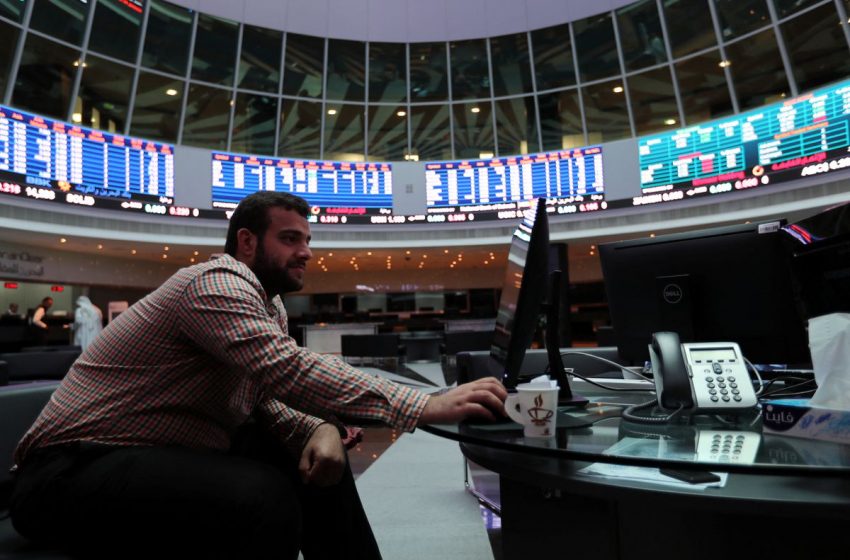 A trader looks at the screens at Bahrain Bourse in Manama, Bahrain, February 7, 2018. REUTERS/Hamad I Mohammed

Major stock markets in the Gulf were mixed in early trade on Thursday, with the Dubai index falling the most after the United Arab Emirates said it intercepted three drones.

The UAE said it intercepted three drones that entered its airspace over unpopulated areas early on Wednesday in the fourth such attack on the Gulf commercial and tourism hub in the past few weeks. read more

The first three assaults, including a missile attack on Monday during a visit by Israel’s president, were launched by Yemen’s Iran-aligned Houthis in an escalation with a military coalition led by Saudi Arabia and which includes the UAE.

STC said on Wednesday it would transfer its data centres, international submarine cables and other assets to a new wholly-owned company, a day after news it would invest $1 billion in those assets. read more

OPEC+ agreed on Wednesday to stick to moderate rises in its oil output with the group already struggling to meet existing targets and wary of responding to calls on its strained capacity for more crude from top consumers to cap surging prices. read more

Among other gainers, Vodafone Qatar (VFQS.QA) climbed 1.1% after reporting an annual profit of 327 million riyals ($89.64 million), a 76.9% surge compared to year ago profit.