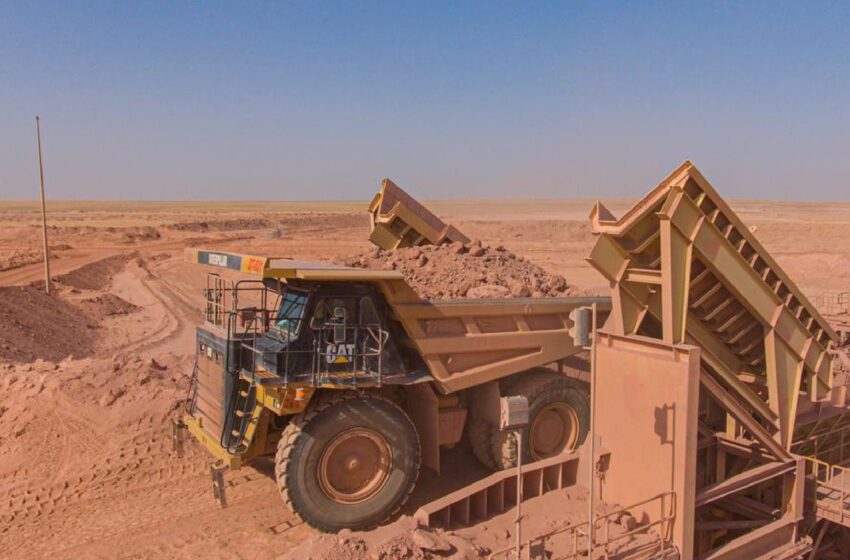 Undersecretary of the Saudi Arabia’s Ministry of Industry and Mineral Resources Saleh Al-Aqili said that the Kingdom’s mining strategy aims to achieve full benefit from 5,300 mineral sites, whose value would be around $1.33 trillion if they were tapped economically.

He made these observations at a virtual meeting organised by the Communication and Financial Knowledge Center (CFKC) entitled “The Future of Investment in Mining in the Kingdom,” as part of a series of such meetings to spread financial and economic knowledge.

The Undersecretary stressed that the Kingdom’s mining sector was an important part of Vision 2030, and an essential element in the National Industrial Development and Logistics Program.

He said that mining and the value chains associated with it were among the sectors that create job opportunities. “The Ministry of Industry plans to create 240,000 jobs in the mining sector by 2030 including 40,000 in the under developed regions, while it has witnessed new investments worth $26.62 billion since 2008 so far,” he said.

Besides Saleh Al-Aqili, the Vice President of the Saudi Geological Survey Authority for geological programs, Nasser Al-Jahdali, and the Senior Director of the Strategy Implementation Department at the Minerals Company, Eng. Shaaf Al-Osaimi and others were present.

Al-Jahdali pointed out that the launch of the Geological Survey initiative, which is the largest of its kind in the world, and the portal of the National Geological Database Initiative, in December 2021, allow those interested and investors to view the sites of minerals.

He also said that the stage of scientific and practical mineral discovery constituted a great challenge due to the search in the deep earth and in many cases, the results may not live up to the investment ambitions desired by some investors.

On his part, Al-Osaimi pointed out that the “Waad Al-Shamal” project, a gateway to the mineral riches of the northern region in the Kingdom, has been a pioneer in the localization of the mining industry at many levels, development of the local community and creation of job opportunities for the locals.