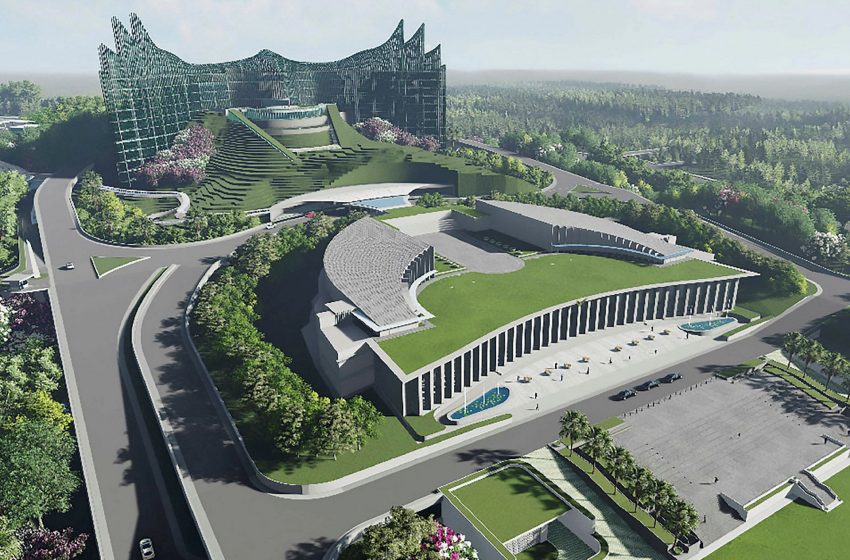 Nusantara is located 1,000 km away in Kalimantan, the Indonesian portion of the island of Borneo. The new capital will be built on a virgin 40,000-hectare site on state land near the existing urban centers of Balikpapan and Samarinda.

Besides Nusantara, the Indonesian government has drawn up plans to develop several infrastructure projects and they include 19 special economic zones, new expressways, construction of six new airports, 6,000+ km of rail tracks, expanding the gas network for houses, and over 100,000 hectares of the irrigation network, among others. The total cost of these projects is said to be around $430 billion.

The project evinced interest by the UAE and Saudi Arabia’s sovereign wealth funds and considering to invest in the new capital city through the state-owned Indonesia Investment Authority (INA).

INA has sounded the SWFs in the UAE and Saudi Arabia after Japan’s SoftBank decided to bail on Indonesia’s plans to build a new capital city which will be “carbon neutral and inclusive.” SoftBank wanted to invest $100 billion in Indonesia but withdrew later.

INA is also raising funds to support the government’s efforts in building the new capital as only 20% of the project cost is expected to be borne by the government and rest from institutional investors and foreign SWFs.

In fact, the INA has closed the first tranche in December 2020 for $ 15.5 billion with commitments from the Indonesian government, the US International Development Finance Corporation, Japan Bank for International Cooperation and public pension funds of Canada (CDPQ) and the Netherlands (APG).

“For our fundraising, we’ve been talking to a lot of people. I think it’s over 100 different potential investors from sovereign wealth funds, pension funds, fund managers as well as global partners who were introduced by ambassadors,” said INA’s Chief Risk Officer Marita Alisjahbana said.

At present, the UAE has assured to invest $10 billion part of the money will be earmarked for Nusantara while the rest will be invested in infrastructure, food security, logistics, healthcare and the digital economy.

Even Saudi Arabia’s Crown Prince Mohammed bin Salman too promised to consider investing in the new capital as Saudi’s SWF Public Investment Fund (PIF) has $600 billion and investing in similar ventures including the prestigious $500 billion NEOM Project within the country. In the past, PIF has invested $10 billion in Brazil’s infrastructure projects.