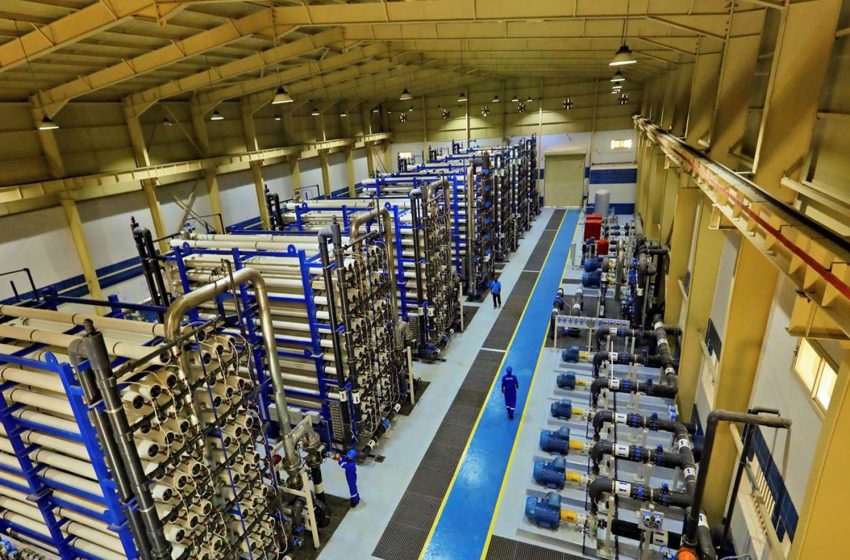 STANDFIRST: The UAE-headquartered Metito Holdings Ltd., Norway’s Scatec Solar and Egypt’s Orascom Construction are in talks with Egypt to construct a $1.5 billion renewables-powered desalination plant to meet the growing demand for potable water.

The solar-powered desalination plant would process 1-2 million cu m per day and would be built under a build, own, operate and transfer (BOOT) framework.

Egypt is looking to develop its own drinking water resources as Ethiopia, which is located in the upper region of Nile River, is constructing a mega dam on the river despite objections raised by Egypt, which is located downstream.

Construction of the $4.7 billion Great Ethiopian Renaissance Dam (GERD) started in 2011 and up on completion, Egypt and part of Sudan will face acute water shortage as Nile’s water will be impounded at the dam.

Egypt has been dependant on Nile for its fresh drinking water needs and with Ethiopia unrelenting, the Egyptian government has announced plans to construct around 17 new desalination plants costing around $2.5 billion which will be powered by renewable energy by 2025.

The above said three companies have proposed to develop a 400 MW solar power plant and a desalination plant able to process as much as 1 million to 2 million cubic meters per day. They are also planning to rope in The Sovereign Fund of Egypt (TSFE) in the proposed project.

Egypt’s population is more than 100 million and it annual requirement of fresh water is around 115 billion cubic meters. Of this demand, it received half from the Nile River and the rest is from the recycled agricultural waste water and ground water.

Seawater desalination is essential to the long-term water security – and hence the very survival – of the country. With its groundwater reserves and natural aquifers slowly drying up, its dependence on coastlines is more than ever before.

Egypt receives between 20 mm and 200 mm of annual average precipitation along the narrow Mediterranean coast, but south to Cairo, the average drops to zero mm in the central and the southern parts of the country.

Egypt is also developing the world’s biggest photovoltaic project – Benban solar park – a complex of 41 solar power plants being developed in Benban, located in the Aswan governorate, Egypt at a cost of $4 billion.

A consortium of local companies – Abdul Latif Jameel Energy & Environmental Services and Hassan Allam Holding – submitted an offer a few days ago to build a desalination plant to produce about 2.9 million cu m per day of water by 2030.

Metito is also working on an Egyptian wastewater treatment facility – El Hammam agricultural wastewater plant – which will process 6 million cu m of water every day. It is said to be the largest in the world, in a joint venture with Hassan Allam, Arab Contractors and Orascom Construction. The treated water will irrigate as much as 500,000 acres west of the Nile Delta area.

This facility is in addition to the Bahr El Baqar wastewater treatment plant, which was opened in September last year. The $1.14 billion project is treating around 5 million cubic meters of water from the Bahr El Baqar basin every day.