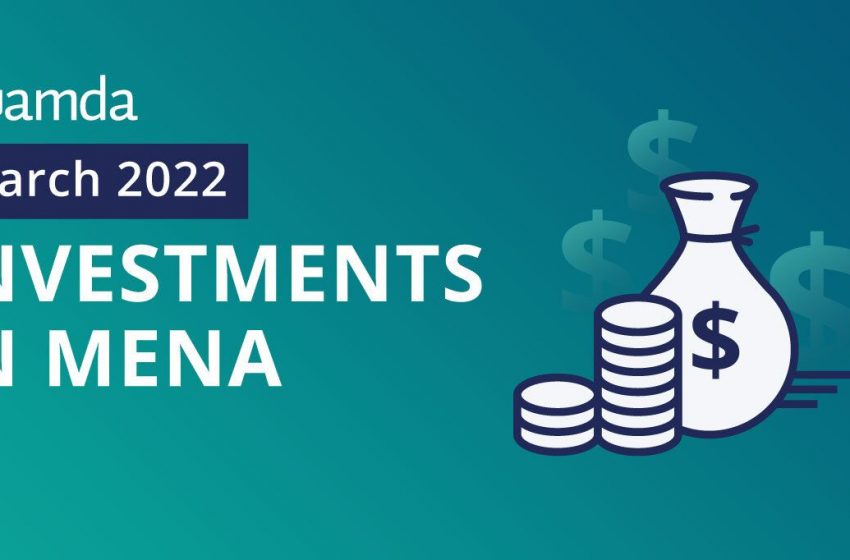 The UAE, Saudi Arabia and Egypt have taken lead in raising funds for the start-ups in the Middle East and North Africa (MENA) region in March 2022, according to a report from Wamda.

Wamda accelerates entrepreneurship ecosystems throughout the MENA region and is a multi-stage, sector-agnostic investment vehicle, focused on partnering with high growth technology or technology-enabled startups.

In terms of deal value, UAE, Saudi Arabia and Egypt took the lead accounting for 93% of the total amount raised in March, the report which was brought out in collaboration with Digital Digest, said.

An amount of $299 million was mopped up across 79 deals during the month, and over half of the funding went to UAE start-ups thanks to fintech tabby’s $54 million Series A round and healthtech start-up Altibbi’s $44 million Series B round, although the latter is now planning to relocate its headquarters to Saudi Arabia to drive its future growth.

However, the total money raised witnessed a 22% decrease month-on-month but a 71% increase year-on-year. This takes the total amount raised in the first quarter of 2022 to $934 million, an increase of 38% compared with the same period last year.

The rise in the number of funds in Egypt is beginning to show, where start-ups have raised the second-highest amount of funding at $86.8 million, with fintechs Lucky and Khazna attracting $25 million and $38 million respectively. Meanwhile, Saudi Arabia-based start-ups raised the third highest amount with $39.7 million.

Sector-wise, fintech continues to dominate investor interest, with $135 million raised, accounting for 45% of total investment value. Fintech also saw the highest number of deals, contributing 18 deals to the total deal count. This was followed by healthtech and logistics, which together attracted $83 million across 14 deals, the report said.

The majority of funding value was driven by later-stage investment. Of the $299 million raised, $182.6 million was directed towards startups at the Series A and Series B stages. Meanwhile, Seed and pre-Seed deals dominated the funding landscape in terms of deal count, while the average ticket size at Seed currently stands at $2 million.

Start-ups founded by men accounted for 87% of the investment raised in March. Start-ups with both male and female co-founders fared better last month, attracting 12% of the $299 million, while female-founded startups received less than one percent.

Start-ups that did not disclose the exact amount they raised include, Nakhla, IoT Kids, WaffarX, Chefaa, and PrintHub. However, Wamda and Digital Digest, assigned them a conservative amount of $100,000.