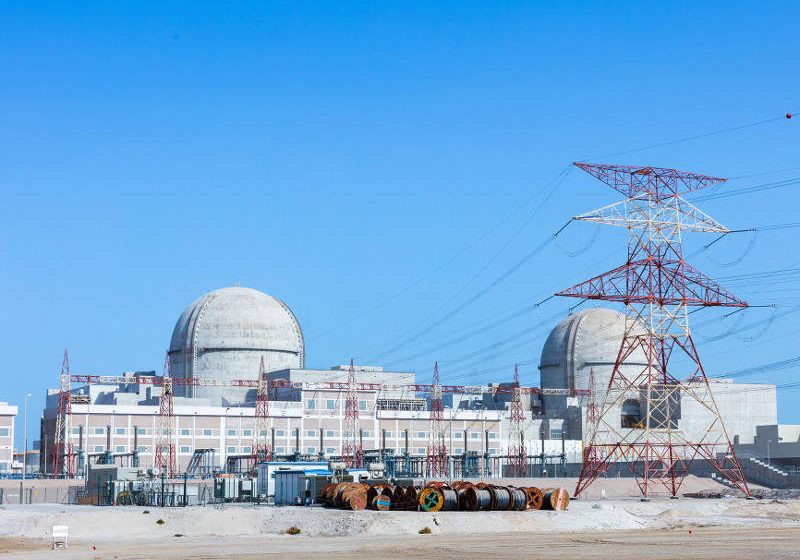 Marching ahead to meet its goal of net zero emissions by 2050, the UAE’s power sector has burnt less hydrocarbons to meet its growing demand for electricity last year since 2014.

According to the Emirates Water and Electricity Company (EWEC), the Barakah Nuclear plant has been generating electricity for the last couple of years and has already dwarfed the renewables output and is set to increase rapidly in the coming years. The demand for electricity in the UAE has increased by 9.2% last year.

EWEC procure power from Abu Dhabi’s power plants as well as two plants in Fujairah with a combined power generation capacity of nearly 3GW. Overall, Ewec’s fleet of power plants have a capacity of 18.72GW.

Abu Dhabi has been relying on gas for power-generation and more than 99% of electricity was generated by gas, supplemented by moderate amounts of liquids and solar power till 2018.

Following the diplomatic standoff with Qatar in 2017, the UAE decided to stop its dependence on Qatar gas which was supplied through pipelines. Instead, it started looking at power generation from nuclear power plants.

The first initiative in this direction was the launching of 1.18 GW Noor Solar PV Plant in 2019 but this was inadequate as it accounted for just 2.5% of that year’s 85.32TWh power generation.

The efforts gained momentum with the commissioning of the first unit (1.4 GW) of the Barakah nuclear plant which was connected to the grid in 2020. Barakah produced 1.79TWh in 2020, pushing clean energy’s share of the total up to 4.8%.

Latest figures from EWEC indicated that Barakah has generated 10.07TWh electricity over the course of 2021 as full production from Unit 1 was supplemented by initial output from the second unit (1.4 GW) which was connected to the grid in September 2021. The solar power produced by the UAE ensured that the share of clean energy stood at 13.4% of the total generation in 2021.

This is expected to increase further as the second unit of Barakah nuclear plant will launch commercial operations soon and the third unit (1.4 GW) of the Barakah was completed in November 2021. Once the fourth and final unit is commissioned, the UAE will be adding 5.6 GW of power to its installed capacity by end of 2024. In addition, the Al Dhafra solar PV plant with 2 GW is expected to go online in 2023.

According to EWEC, the demand for electricity has shot up to an all-time high of 92.57 TWh in 2021 while the peak load including electricity supplies to Fujairah and the Northern Emirates increased by 3.5% to 16.6GW.

Despite increase in power generation, Abu Dhabi’s power plants consumed less gas in 2021 since 2014. The gas consumption peaked at 2.35 billion cubic feet (BCF) per day in 2017, but has since been steadily falling down to 2.21BCF per day in 2021.