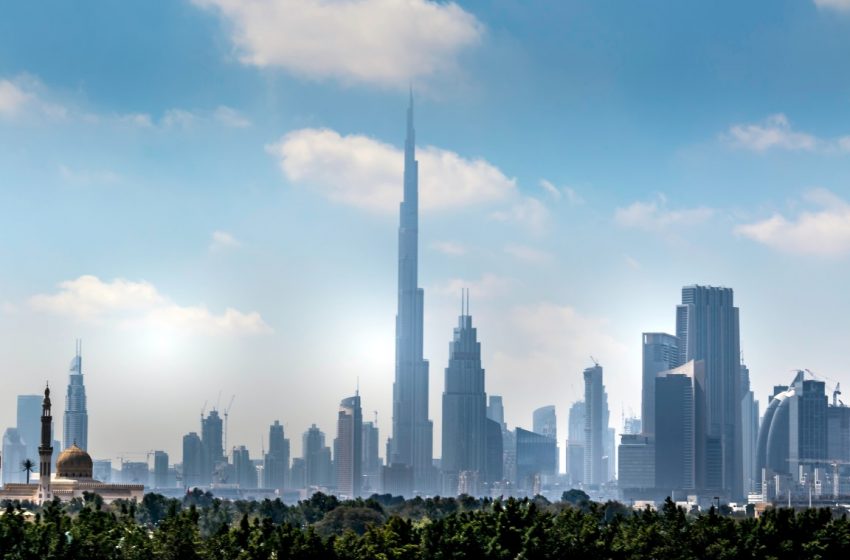 The UAE’s property market, a key growth driver for the economy, displayed unwavering strength in 2021, breaking out of multiple years of price declines which was exacerbated by the Covid-19 pandemic, leading global real estate advisor Savills said.

Analysing the UAE’s real estate sector performance in 2021 and its outlook for this year Savills said in a report that bolstered by a far-reaching vaccination programme which has seen over 90% of its population fully vaccinated, the UAE was able to resume economic and social activities relatively quickly compared to its global counterparts.

The launch of other business and expat-friendly policies has helped the Emirates enhance its business environment, attract overseas capital and talent, and appeal to companies operating across a range of sectors to set up or expand operations here.

Abu Dhabi has been undergoing a transformation with the launch and completion of various key hospitality and family entertainment concepts. This pushed higher the demand for residential units across the city and helped in further widening the investor base.

Project completions continued to remain strong throughout the year with close to 5,400 residential units completed across the city. New supply launches also remained largely stable compared to 2020, however, they are significantly lower than the 5,500 units launched in 2019.

“The limited supply addition and strong growth in investment activity have positively impacted capital values across the city. Compared to 2019 and 2020, where prices gradually declined quarterly and annually, prices held relatively steady throughout 2021,” the report said.

Dubai’s residential market has been the poster child of the rebound in real estate demand in 2021. The total volume of residential transactions recorded in the city during the year grew by 74% y-o-y to 56,600 units.

Meanwhile, the total value of transactions reached $35 billion, which is the highest recorded since the global financial crisis. Transaction activity was spearheaded by villa/townhouse developments, with deals in this segment increasing 122% compared to 2020.

Against the backdrop of limited supply and robust demand with a preference for larger and more open spaces, capital values across the villa/townhouse developments have risen by 21% y-o-y, whilst apartment prices have increased by an average 8% y-o-y across the city.

Ready properties continued to dominate demand with a share of 57% of overall transactions. However, the strong rebound in activity levels has prompted developers to launch new projects, especially in the high-end to luxury segment. There was an 80% y-o-y increase in 2021 in new project launches with almost half of the new launches in the villa/ townhouse segment.

Sharjah’s real estate market recovered strongly in 2021 aided by government measures to counter the effects of the pandemic, including an expansive vaccination program.

According to the Savills Sharjah Occupancy Index, in December 2021, occupancy levels across Sharjah have remained largely unchanged compared to 2020 and stood at 84%. According to the Sharjah Real Estate Registration Department, the value of property transactions in the emirate in 2021 rose to a four-year high of $7.13 billion, up 64.9% compared to the previous year.

Transaction volumes for 2021 stood at 84,238, an increase of 30.7% compared to the 64,459 deals in 2020. Over the past few years, Sharjah has seen the launch of various retail, hospitality and family entertainment concepts, at various stages of completion, which has increased its appeal as a maturing mid-to-high-end family destination.

In Abu Dhabi, we were already noticing a gradual shift in composition of the occupier base over the last few years. This trend continued in 2021 as we saw an increase in demand and transactions from companies in the media, life sciences and technology sector. The majority of transaction closures were observed for office spaces in the 2,500 sqm to 5,000 sqm range and inquiry levels and transactions continued for Grade A developments. Despite the steady inquiry levels and deals, vacancy levels across most sub-markets have increased as companies look to consolidate and optimise their real estate portfolios.

The Dubai office market witnessed a strong rebound in activity throughout 2021. The offshoots of growth which were visible since the start of H1 2020, picked up momentum in 2021 with various small to medium-sized transactions concluded throughout the city. Encouraged by the business-friendly policies introduced by the government over the past few quarters, an increasing number of companies, especially from Europe, are exploring office options across the city to either relocate part of their business operations or expand further into a new market. Occupier demand continues to be diverse with companies from banking and financial services, consulting, life sciences, and technology sectors driving the bulk of the demand. Many landlords are being firm on their rental expectations, and as a result, rents have either remained stable or marginally increased in 10 of the 24 micro-markets tracked by Savills.

ICAD and KIZAD were among the most sought-after micro-markets for industrial activity in the emirate. Collectively, these two markets witnessed 2.2 million sqm of leasing activity during H1 2021, highlighting the sheer demand and resilience of the industrial and warehousing sector in the capital.

Rental quotes and transacted rents across most micro-markets in Dubai witnessed a strong increase on an annual basis with a healthy mix of small and medium and large-sized transactions. Most of these were concluded following the proactive measures implemented by the government such as reducing fees for business incorporation and relaxing FDI norms, among others.

Leasing activity was primarily driven by a spike in renewal, relocation and consolidation exercise. The entry of several international companies, especially in the engineering and manufacturing sector, and expansion activity by 3PL and e-commerce companies were other factors that contributed to a strong increase in demand. Most of the demand was concentrated across locations such as Dubai South, Jebel Ali Free Zone Authority (JAFZA), Dubai Investment Park (DIP) and National Industries Park (NIP).