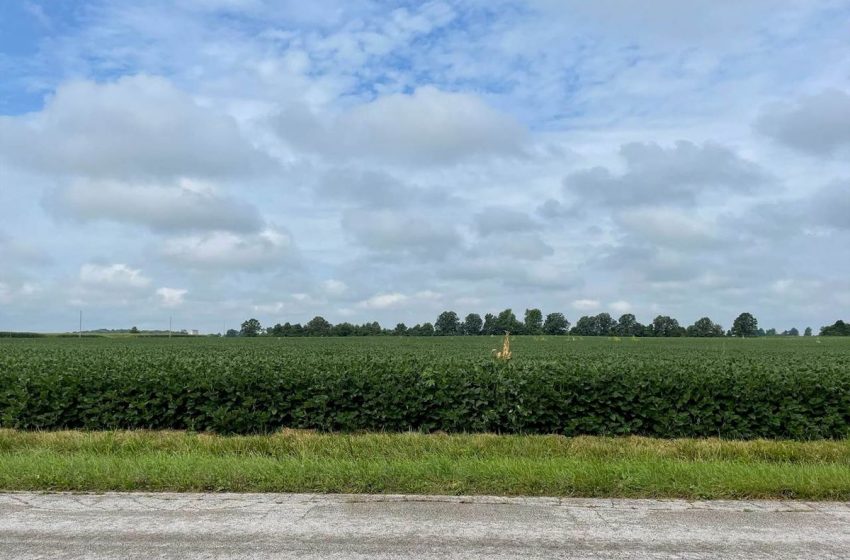 General view of a soybean field, where crops have benefitted from ample rains in recent weeks that could boost yields, in Wyandot County, Ohio, U.S., August 16, 2021. REUTERS/Christopher Walljasper

The agency is due to announce the Partnerships for Climate-Smart Commodities program later on Monday.

The program will tap funds from the USDA’s Commodity Credit Corporation, which provides up to $30 billion annually from the U.S. Treasury to help stabilize agricultural product prices and support farm income.

The investment is the latest Biden administration initiative aimed at combating climate change, with a goal to cut the farm sector’s greenhouse gas emissions in half by 2030 and put the United States on a path to net-zero emissions by 2050.

Qualified projects could include initiatives that cut or capture methane emissions on dairy farms or programs which expand the use of farming practices that soak up more climate-warming carbon from the atmosphere and store it in the soil.

Expanding such practices could raise the value of U.S. farm products as food companies and exporters increasingly push to decarbonize their supply chains, Vilsack said.

“We think there is an emerging opportunity here, as consumers demand more sustainably produced food here in the United States and certainly in the export market,” he told Reuters in an interview.

Some climate-focused initiatives have struggled to scale up as costs often exceed returns. read more

“This program … can essentially reduce the risk to farmers so that they can learn how to do it and see the positive results,” Vilsack said.

Funding will be awarded to qualified public and private entities including state and local governments, non-profits, small businesses, tribal governments and organizations, and colleges and universities.

Applications seeking grants from $5 million to $100 million are due by April 8, while those seeking smaller grants are due May 27. Reporting by Karl Plume in Chicago Editing by Marguerita Choy